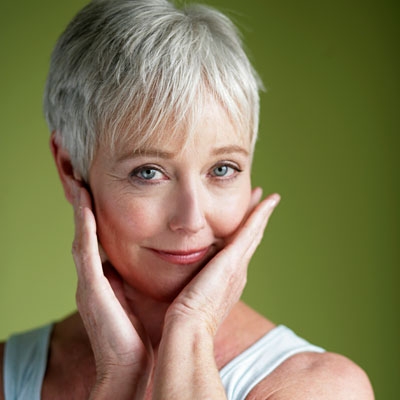 Herbal and complementary medicines could be recommended as an alternative to hormone replacement therapy (HRT) for treating postmenopausal symptoms says a new review published January 11 in The Obstetrician and Gynaecologist (TOG).

The review outlines the advantages and limitations of both pharmacological and herbal and complementary treatments for women with postmenopausal symptoms.

The menopause is defined as the time after a woman's menstrual periods have ceased (12 months after a woman's final menstrual period). It is associated with an estrogen deficiency and can cause an increase in vasomotor symptoms (hot flushes), genitourinary symptoms (vaginal dryness, sexual dysfunction, frequent urinary tract infections, urinary incontinence), and musculoskeletal symptoms (joint pain) as well as sleep and mood disturbance.

One of the most common menopausal symptoms is hot flushes; approximately two-thirds of postmenopausal women will experience them, and 20% of women can experience them for up to 15 years, states the review.

Estrogen deficiency can also lead to longer-term health issues such as cardiovascular disease and osteoporosis. While pharmacological agents are available to treat postmenopausal symptoms, many non-pharmacological treatment options are also available such as

There are seious health risks associated with HRT, such as links to breast cancer, blood clots, stroke, and cardiovascular problems.

Due to these possible risks, other treatment options may be equally effective, such as behaviour modification and herbal and complimentary medicines, says the author.

As many as 50 - 75% of postmenopausal women use herbal options to treat hot flushes, and of the complimentary therapies, soy, red clover and black cohosh have been the most investigated.

The author of the review recommends these herbal treatments as there are no significant adverse side effects associated with them, as long as they are used in women who do not have a personal history of breast cancer, are not at high risk for breast car, and are not taking tamoxifen.

Agnus castus is also known as chasteberry extract and is available in tincture or tablet form. It has been cited by The British Medical Journal to reduce PMS symptoms and has a hormonal regulating effect that can be particularly valuable in fighting fluctuating hormones and other menopausal symptoms. It can also be used to help ovarian functions and other period problems.

Vitex is not a phytoestrogen, rather it works through the hypothalamus-pituitary axis, (an important chemical pathway) to balance female hormones. Vitex extract has been extensively studied in Europe, particularly Germany, where it has been used since the 1950`s. Clinical studies show that vitex extract reduces headaches, breast tenderness, bloating, fatigue, cravings for sweets, feeling of anxiety and irritability, depression and mood swings, often after only one month.

Black cohosh was used by Native Americans as a remedy to help ease menstrual cramps and child birth pains. They were said to have boiled the root and drank it as a tea. It is thought to have a similar make up as plant estrogens and binds to the same receptors that estrogen does. It can help women fight the mood swings and depression that are associated with menopausal hormone fluctuations.

A large study of 629 women who supplemented with 80 mg black cohosh extract daily for six to eight weeks showed positive results. Most of the women noticed benefit within four weeks and a large percentage of women had complete resolution of symptoms within eight weeks.

In Asia, angelica has been used to treat menopausal symptoms (especially hot flashes), as well as such conditions as dysmenorrhea (painful menstruation), amenorrhea (lack of menstruation), and rnetrorrhagia (too frequent menstruation), and to assure a healthy pregnancy and easy delivery. Dong quai has demonstrated good uterine tonic activity, causing an initial increase in uterine contraction, followed by relaxation.

Licorice herb works like many other remedies for menopause. It naturally replaces the estrogen that the woman's body is no longer producing. The types of estrogen found in the licorice plant are plant derived estrogens not human estrogen. These two types of estrogens are called elignans and isoflavones. The rise in estrogen levels is responsible for the reduction in hot flashes and other symptoms related to falling hormone levels. Women who have high blood pressure or who are taking digitalis should not take licorice.