NASCENT IODINE is the ideal form of iodine, rapidly absorbed and used by the body. Iodine is associated with supporting thyroid function and regulating metabolism, boosting energy levels (when iodine is deficient), supporting and maintaining detoxification systems and processes, supporting immune system function, fighting infections (natural antiseptic), and has many other health benefits. It has antiseptic properties and can also can be used to effectively purify water for drinking. One drop provides 400 micrograms of Nascent Iodine.

Nascent Iodine is consumable iodine in an atomic form rather than a molecular form. It is highly bio-available as a pure atomic iodine supplement in an energized state. This “charged” state is held by the atom until diluted in water and consumed, when it gradually loses energy over a 2–3 hour time span. During this time, Nascent Iodine is recognized by the body as the same iodine that is used by the thyroid and is easily absorbed by the body. This form of iodine is unique and offers absorption unlike any other form of iodine. Nascent Iodine is the most easily assimilated iodine available.

Partly due to the fact that iodine supports (and is required for) thyroid function, the uptake of adequate amounts of iodine helps the body produce substantial levels of energy for metabolic processes. It is notable that twenty-five percent of the iodide ions found in the human body are found in the thyroid gland.

It is estimated that more than 90% of Americans suffer from a deficiency of iodine. There are many causes for widespread deficiency among the population. Some significant factors include diets lacking in ocean fish or sea vegetables (e.g., seaweeds), high intake of bromine (which is added to commercial breads and baked goods), and vegetarian or vegan diets, all of which may contribute to lower than optimal levels of iodine. Moreover, it is known that toxic halides, including chlorine, fluorine (e.g., fluoride in toothpaste), and bromine (e.g., in breads) compete for uptake with iodine in the body, thereby contributing to iodine deficiency. Iodine deficiency leads to the development of adverse health conditions because the entire body depends upon iodine for the critical roles it plays energy production, healthy metabolism, and overall support of health. Nascent Iodine helps you achieve optimal iodine levels quickly.

DIRECTIONS: Use 1–10 drops (or more) daily, or as directed by a health care professional. One drop provides 400 mcg (micrograms) of iodine. Sublingual usage (i.e., placing drops directly under the tongue) is an effective means of administration, or drops may be taken in water or juice. Better results may be obtained by taking drops in the morning or early afternoon, as this may help prevent a surge of metabolic energy in the evening that could interfere with sound sleep during the night.

Nascent Iodine is more effectively absorbed and utilized than other forms of iodine. It is recommended to start at a low dosage and increase gradually. You might begin with 1 drop of Nascent Iodine and then increase your dose from that starting point. 10 drops is 4 mg of iodine.

Given the unique potency of Nascent Iodine, Dr. Brownstein’s recommendation of 12 mg to 50 mg of iodine daily can be considered a relatively high dosage when the form taken is Nascent Iodine. Dr. Brownstein notes that the average daily intake in Japan approximately is 14 mg per day. Yet, this iodine is mostly derived from seaweeds in the diet. He asserts that significant benefits begin to accrue at 12 mg per day (which he describes as having been established as the optimal daily dose for most people) (Iodine 205), we again note that Nascent Iodine is more effectively absorbed and utilized than other forms of iodine (e.g., potassium iodide), including iodine-containing foods such as seaweeds. We therefore suggest a dosage between 1 mg (2.5 drops) and 8 mg (20 drops) per day. If you consume a large amount of ocean vegetables (seaweeds, e.g., kelp), then your dosage correspondingly can be less. 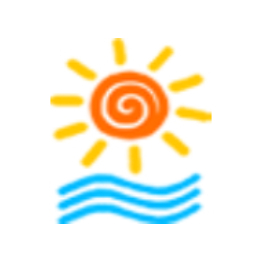 There is no related items for this product.